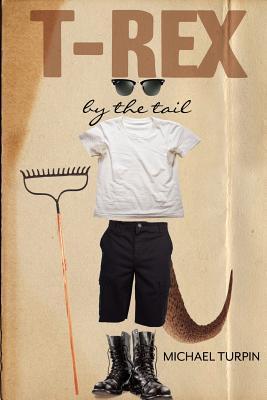 The T-Rex father possessed an abnormally large mouth from which he would chew out loud, belch, curse, and devour any weaker form of life. He possessed a great sweeping tail that could strike with unusual dexterity, hitting anything, including his own children, for the slightest infraction. His arms were unusually short, which precluded him from washing dishes or changing diapers. He was the perfect machine-an eating, sleeping, and working automaton preprogrammed to control every aspect of his white-picket world.

The T-Rex father was fashioned out of reptilian conservatism, while his partner, the She-Rex, served as his alter ego. In an epoch of profound social climate change, the T-Rex father would have devoured his young rather than yield to sacrifice them to a softer ecosystem of collectivism.

She-Rex served as his interpreter and voice of reason, helping her companion defend their family against a frontal assault from change, battling the corrupting elements of the antiwar demonstrations, oil embargos, drugs, terrorism, racial strife, assassinations, pandemics, and urban decline.

As the boys gather to break the news to their mother who is suffering from early stage Alzheimers, life takes a turn for the bizarre and forces each son to come to grips with their birth order, personal biases and comical shortcomings. For anyone who has wondered whether todays parents are indeed a more evolved or devolved version of those who preceded us, grown up in a household fashioned out of conservative timber, felt the sting of a belt or heard the roar of creative profanity, this eulogy to the last great age of Jurassic parenting will have you feeling right at home.