If The Hills Could Talk David Nelson 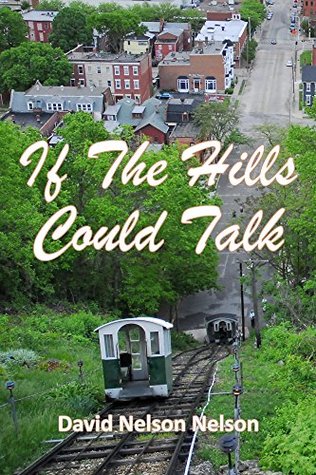 It was a time we drank from garden hoses, rode bikes without helmets and never locked our doors. Some present day lifestyles in the Midwest and the South are poked and prodded using imagery, satire and symbolism.Readers will be entertained and educated with memories as thick as Karo syrup slowly sliding from a tipped glass bottle to an awaiting stack of steaming pancakes.

The reek from years of rancid tobacco and spilled beer will come alive in local bars. You’ll feel the jiggling of a first fish caught and the sting on the palm from a baseball glove caught with a cheap glove. Your bare feet will feel the cold mud in the bottom of a river and you’ll cover your ears at the sound of pealing church bells.It was a time of Abbott & Lou, Lucy & Ethel, Laurel & Hardy and Moe, Larry and Curly. Gunshots will explode from Gene, Roy, Lone Ranger & Tonto and Matt.

Clark was able to stop a bullet from bad guys and Ed introduced us to people like Elvis. Sullivan also brought Paul, Ringo, John and George from London into our homes on televisions that had fuzzy, rolling screens with rabbit ears on top of the sets and stations had to be changed manually.We never questioned authority, we knew there were starving children in China – so we had to eat all of our food.

We were threatened to stop crying or we’d get something to cry about. If we made faces in a mirror, we were told they might stay that way. We had to do dishes by hand every night, drank from used jelly glasses and ate off melmac plates.“If The Hills Could Talk” will awaken your senses and take you back to those thrilling days of yesteryear.

Follow me now. It’s “Hi-yo, Silver, away!”Did you ever…• Walk the dog or Rock the cradle with a yo-yo?• Share a glove with a kid in right field?• Scratch your initials into the brick wall of a neighborhood grocery store?• Use a clothespin to fasten a Topps baseball card to the spokes on your bike?• Did your tongue get stuck to a Flexible Flier sled?• Hold hands while ice skating or rolling skating?• Drive a homemade go-cart down a steep street?• Pry a night crawler from its hole after a summer evening rain and drop it into an empty one-pound Folgers’s coffee can?• Deliver newspapers in pouring rain or frigid winters?• Hangout at an A&W or Dairy Queen?• Drive around town from one area to another and then back again all night long?• Make out at the drive-in theater?Then, “If The Hills Could Talk” is for you.

Comments
Comments for "If The Hills Could Talk":